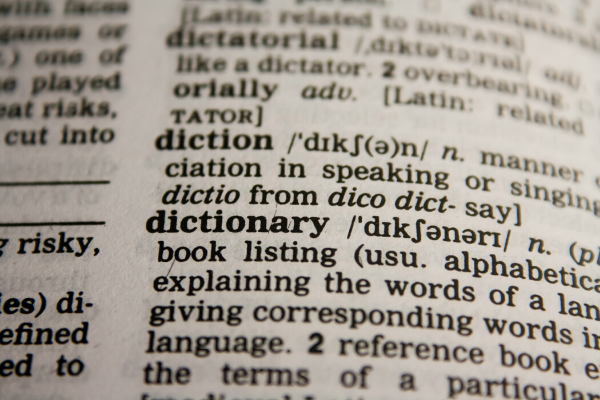 A member of our team once saw a sign that said "English spoken, American understood" in a Scottish pub. This saying sums up the topic of our article nicely: what are the different types of English?

How many people speak English?

With 375 million native speakers and more than 1.2 billion total speakers, English is the most widely spoken language in the world and has therefore become a lingua franca for international business.

As it is spoken in very different parts of the world, the English language has become influenced by social, political and cultural aspects, resulting in a language with loads of local variants.

Despite the fact that English is an official language in over 60 countries around the world, there are only 6 countries where it is actually spoken as a native language by the majority of the population.

Sometimes collectively referred to as the Anglosphere, these countries are also home to the most widely accepted variants of the English language, (though there are also significant numbers of native speakers in several other countries such as South Africa, Singapore and Nigeria, as well as many Caribbean countries).

Which type of English should you choose?

Choosing the right English variant for your content is a strategic decision that requires some careful consideration. At Acolad, we specialize in English translation services. Once you have settled on an approach, you should make sure that everyone in your company is aligned and uses the same style. If you are translating your content into English, this will also affect your choice of English interpreter or translator.

When it comes to written English, the various forms are distinct in terms of spelling, grammar and vocabulary. Terminology becomes even more important when it comes to certified english translations. Even though the standard written forms are understandable by all English speakers, a native US English speaker might not identify with a text written in UK English and vice versa.

Therefore, your decision will depend on what sort of connection you are trying to establish with the reader. To do this, consider the following questions:

Once you have the answers to these questions, you can choose between the two most well-known variants.

UK English refers to the dialect of English that is spoken and written in the United Kingdom. UK English is the preferred variant in most European countries as well as in English-speaking countries in Africa and South Asia (i.e. India, Pakistan, Bangladesh). However, regional accents and dialects differ greatly even within the United Kingdom – for example, an Irish person sounds quite different from someone from the North of England. For many of us, when we think of UK English we think of ‘the Queen’s English’. The Queen’s accent is known as ‘Received Pronunciation’ and is actually only used by 2% of the population! You can read more about some of the different accents and dialects in the United Kingdom here.

As its name indicates, United States English is the variant of English spoken in the United States. US English is the preferred variant in Latin America and East Asia (i.e. China, Japan and the Philippines). Just like British English, American English varies widely from state to state, and there are lots of regional differences in vocabulary and accents. This map shows a few of the interesting regional differences in US English!

Differences between British and American English

These two forms differ from each other in terms of spelling conventions, word meanings and grammar rules. If you want to test your own knowledge of the differences between British and American English slang, try watching this short video clip with Ellen Degeneres and Hugh Laurie!

To give a complete overview of the different types of English, there are also other variants:

While the English spoken in Australia and New Zealand is very distinct from other forms of English due to its accent and many colloquialisms, the standard written form largely resembles UK English.

If you are unable to choose between any of the above recognized forms, then perhaps you could try to adopt International English. Though there is no standard definition of what International English entails, the idea is to develop a neutral language that is free of any cultural references with a spelling system that mixes both American and British forms so as to avoid alienating anyone.

No matter which type of English you choose, bear in mind that different markets use different systems of measurement. In particular, the US uses the imperial system, whereas UK English uses both imperial and metric systems. You should keep this in mind whether it is a website translation or a localization project for a specific market.

At Acolad, we work with a team of experts who can localize your content for almost any market. Our translators have all been extensively trained and translate exclusively into their native language, so they are ready to handle your requests for either American or British English!