What’s the Best Way to Translate an App? 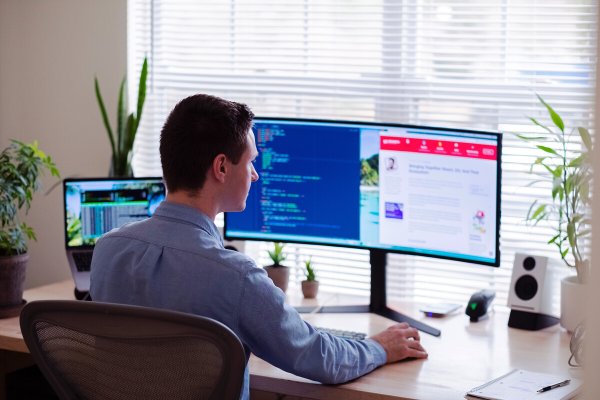 Everyone is talking about international apps that should be made available to the widest population possible due to the current situation. This raises an interesting discussion about the accessibility of content in multiple languages.

How do you translate or localize an app?

You should consider these technical requirements:

Tracking apps and localization tools came up often in discussions about the measures used to contain the Covid-19 pandemic. This is an interesting field for the data privacy specialists and politicians who created apps that would ideally be accessible to the entire population. These apps were quickly implemented in some countries, but with more hesitation in others. Aside from the ethical discussion, this phenomenon is also interesting from the perspective of the translation industry, because the availability of an app in different languages plays an important role in its success.

According to the Süddeutsche Zeitung, South Korea initially had problems with how their tracking app, because the notifications were only sent in Korean. Tourists, foreign businesspeople, or immigrants simply did not understand what the app was telling them. This mistake was quickly corrected, and the app was also offered in English. This case shows how important user experience can be, even outside of the context of the current situation.

Do you need to translate your website? Take a look at our article on this topic.

The disadvantages of bad UX

Those unfamiliar with the topic may laugh at UX as design with frills or think that it deals with questions that are only of interest to market-leading apps and websites who don’t know how else to improve their product. However, app localization clearly shows the effect that poor UX, in this case meaning no translation or an incorrect translation, can have.

Here’s how to translate an app correctly

Apps should always be localized! What should you take into consideration when doing this? We spoke with Frederik Vollert, the co-founder of Phrase. Phrase offers solutions to simplify the localization process for apps.

“In the past, user experience was often considered at the end, and now it is normally integrated from the very beginning of development. Agile methods require a high level of synchronization between product design, text creation, translation, and development in modern software development teams. Phrase helps to assure that localization processes are well-coordinated.”

The word “localization” can have two different meanings regarding apps or web applications:

The first challenge when translating apps is project management and process coordination. But that isn’t all. “You have to consider the cultural components as well,” Vollert continues.  “Products, services and apps do not work the same way in every culture. Maybe visual markers and the design have to be adjusted and, of course, a user interface that feels local is crucial for success on the market.” There may be an increasing level of standardization among international customs from the perspective of UX, but the reading direction, color symbols, references or external links still differ depending on the country. These parameters must be included in the design stage.

Another aspect of localizing apps is a little easier to fix: the different word lengths in different languages. Vollert explains: “A lot can go wrong on the technical side. Software is highly standardized, but nevertheless layouts or functions are frequently broken up during localization processes, for example, through the translation of place holder names or breaking up of computer-legible formats.”

A lot of technical texts, for example, are initially produced in English, but they are sometimes 15-20% longer in German, French or Italian. In order to prevent app users from only having sentence fragments in the end, buttons and text fields can be designed responsively. On the other hand, localization solutions offer installed “stops” after a certain sentence length during the translation. Furthermore, the translators must be briefed correspondingly so that the short text forms are maintained and still make sense. The other scenario that Vollert described, the “breaking up” of functions, may happen if brackets or HTML tags are accidentally translated, which then results in a mix of words and design rather than giving certain commands.

A checklist for localizing apps

In summary, you should consider the following three things when localizing your app:

At any rate, it is better to localize too much than too little. Frederik Vollert from Phrase.com explains it as follows: “We see a lot of customers who are successful on markets that they initially weren’t even thinking about. This only works through the internationalization of the strategy and localization of app content.”