Do Your Legal and Financial Documents Need to Be Adapted for Brexit? 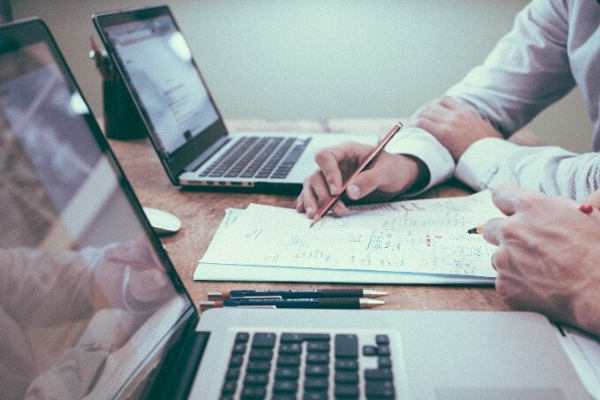 Brexit is a key issue for any firm that operates in the UK and Europe or participates in cross-border trade.

It has created uncertainty in many industries, including the financial and legal sectors, as it has become clear that these sectors will (and already do) feel the impact of Brexit. In this article, you will find an overview of some of the changes that may result from Brexit, and how we think it will affect legal and financial documents.

Competition law is one of the many areas of legal practice which is facing uncertainty after the implementation of Brexit. Some aspects will remain the same, as Articles 101 and 102 of the TFEU will continue to apply to all agreements and practices of British operators producing goods within the EU. This is because the provisions of these articles are applied symmetrically to all companies, whether European or non-European. However, the European Commission will no longer be able to request assistance from the UK Competition Authority to implement the TFEU, and will have to proceed under a legal framework that is yet to be determined. In addition, the situation adds more bureaucratic work for any company who plans to undergo a merger or acquisition. In this case, they will have to submit multiple requests, one to the DG Competition and one to the CMA, the UK’s regulatory authority for competition.

Do you have a legal or financial translation project?

Brexit will also have a significant impact on contracts, particularly long-term commercial contracts. It’s possible that there will be a need to amend contracts in order to account for updated taxes and tariffs, or even changes to how data protection law is applied post-Brexit. Brexit will affect contracts that are already in place and have an end date after the UK’s departure from the EU, as well as any future contracts. In some cases, Brexit may even be grounds for renegotiating or ending contracts, if a case can be made for force majeure or frustration. As stated in an EY report, “it is prudent to audit existing contracts that have a connection with the UK/rest of EU and begin to assess the possible effects that Brexit may have on rights and obligations resulting from these contracts, including enforcement considerations and the right to terminate or the risks of being terminated.”

Once the United Kingdom is no longer a member of the European Economic Area, processing the personal data of a resident of the European Union in the United Kingdom will be prohibited, unless the transfer regime established in Chapter V of the GDPR is respected. It will then be necessary for the European Commission to issue an adequacy decision, or for companies to implement Binding Corporate Rules or Standard Contractual Clauses adopted by the European Commission. According to a recent article from DLA Piper, “Following Brexit, transfers of personal data from the EEA to the UK will be restricted. This will have a major impact on any organization that routinely transfers personal data from the EU to the UK (including UK-based organizations providing services to customers in the EU).” As nearly every company is concerned by data protection and privacy regulations, this will be a subject to watch closely in the months following Brexit.

Currently, a British bank or other financial institution is able to operate in other EU member states thanks to their ‘passport’. The EU passporting system allows a firm which is authorized in any EU member country to operate in any other member country with minimal additional documentation. Many firms in the financial sector are now considering the issues that will arise from the United Kingdom’s future status as a ‘third country’, which means that UK firms will no longer be able to use the European passport to operate in EU countries, and vice versa. In response to this risk, many firms are choosing to relocate: a March 2019 report by New Financial identified “275 firms in the banking and finance industry that have responded to Brexit by relocating part of their business, moving some staff, or setting up new entities in the EU.”

In short, Brexit will increase the number of documents that companies in the financial and legal sectors need to translate. When we consider the vast amount of amendments that will need to be made to contracts and other legal documents following Brexit, it’s clear that many companies will experience a spike in their professional translation needs. The same is true for the financial sector, where firms will find themselves needing to translate administrative documents to meet new regulations. We also predict an increase in the need for certified translations as a result of the legal documents which will need to be submitted by UK firms to continue doing business in other EU countries. At Acolad, we work with a large network of expert translators who translate into their native language, so you can be sure that your message is communicated clearly and effectively. And finally, because the legal and financial world doesn’t stop at 5PM, our team is available 24/7 and can send you a quote in under an hour.