What is the Difference Between Dutch and Flemish? 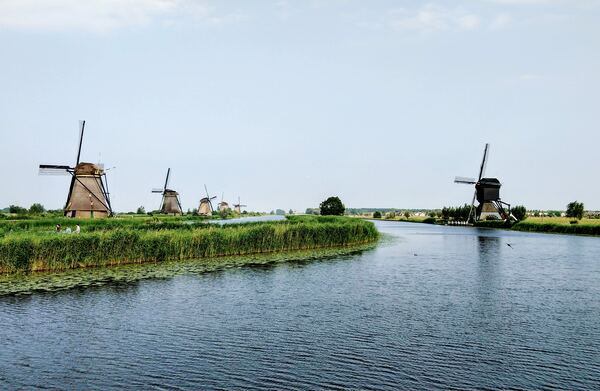 What’s the difference between Dutch and Flemish? In this post, we’ll explain the differences and how they can affect your translation projects.

Breakfast at Tiffany’s, what a lovely movie with the great Audrey Hepburn! Many people are still surprised to know that Audrey was born in Brussels, Belgium and lived in the Netherlands for a few years. Did she speak Belgian and Dutch then? Audrey spoke Dutch, with a Dutch accent. However, she didn't speak Belgian, as that is not actually a language.

Belgium has three official languages: Dutch, French and German. In Flanders, the northern part of Belgium, people speak Dutch. Most of the time, this variant of Dutch is called Flemish.

Is there a difference between Dutch and Flemish?

In theory, there is none. There is no such thing as the Flemish language or dialect, and there is no one overall dialect spoken in Belgium, or the Netherlands.

Like German, Dutch is a dialect-continuum. Generic Dutch (Algemeen Nederlands) is the standard language in both the Netherlands and Flanders. As a matter of fact, standard Dutch grammar and spelling are decided on by the Nederlandse Taalunie (Dutch Language Union, DLU) across the states of Belgium, the Netherlands and, since 2004, Surinam. The DLU is a trinational organization that has stimulated cooperation in the domains of Dutch language, literature and education.

If we think of literature, the best known literary prizes - like for instance the ECI Literatuurprijs - awards Dutch and Flemish writers. The jury is independent, and its members are from both Flanders and the Netherlands.

Television has also played a huge role in the education of Generic Dutch. While the two countries’ channels have their own very distinct programming, Dutch and Flemish public broadcasters often try to work together, airing language programs like for instance “Het Groot Dictee der Nederlandse Taal”, where many people in the studio and at home listen to a distinguished gentleman or lady who dictates a very complex text. The person who makes the least spelling mistakes wins. Yes, this is fun for Dutch speakers!

Do people from Belgium and the Netherlands understand each other?

Dutch is spoken in these two neighboring countries, but since they have different predominant religions, different historical backgrounds, and therefore different approaches to politics and formal institutions, it goes without saying that there are many differences in vocabulary.

For instance, while the Dutch might use loanwords like maréchaussée (military police) from French, überhaupt (after all) from German, or recyclen (recycle) from English, the Flemish will less easily do so.

Today, the Flemish still often act as language purists. This is due to the fact that during the 19th century and until the first 50-60 years of the 20th century, French was considered as the ‘high’ language variant and Dutch as the ‘low’ one in Belgium. As a consequence, Dutch was absent from official life even though it was being spoken by half of the population. This situation explains the defensive attitude towards French in modern-day Flanders.

Sometimes the syntax can even be different, for example, the Dutch say “vast en zeker”, and the Flemish turn that around. In Flanders they say “fauna en flora”, the Dutch prefer to say “flora en fauna”.

However, the main difference that you can notice is in the pronunciation. It is very easy for Dutch speakers to distinguish whether a person is from Flanders or from the Netherlands. For instance, the more you move to the south, the pronunciation of the letter “g” is softer. The closer you are to the Randstad (where Amsterdam, Rotterdam and The Hague are), the harsher that sound gets.

How do I handle a Dutch translation?

Here are a few tips that you can follow when it comes to managing your translations into Dutch:

When translating technical documentation, you will be just fine with one Dutch translation and don't need to worry whether the professional translation was done by a Dutch or a Flemish person. Both will have used the same grammar and spelling, and technical terms are practically the same across the board. Even for your marketing materials, you can go with just one Dutch translation, but make sure to clearly identify and inform your translation company about the target audience so that they can select the most suitable translators for your project. If you want to learn more about how to prepare a translation brief, take a look at our customizable RFP template.

Things can get trickier when you need transcreation, for example for an advertisement, your company’s slogan, or your tagline. In case you are tackling both the Dutch and Flemish markets, you might need to consider addressing the two different audiences in two different ways. It is also important to consider the SEO aspect of your transcreation, since the keywords used by your target audience could differ. At Acolad, our team of multilingual SEO experts can make sure your content optimized for your audience.

Discuss the aim of your video and your target audience with your translation provider. They will tell you whether a voice over in plain Dutch is advisable or not. If you’d like to hear a battle between Flemish and Dutch Disney voices, take a look at this video!